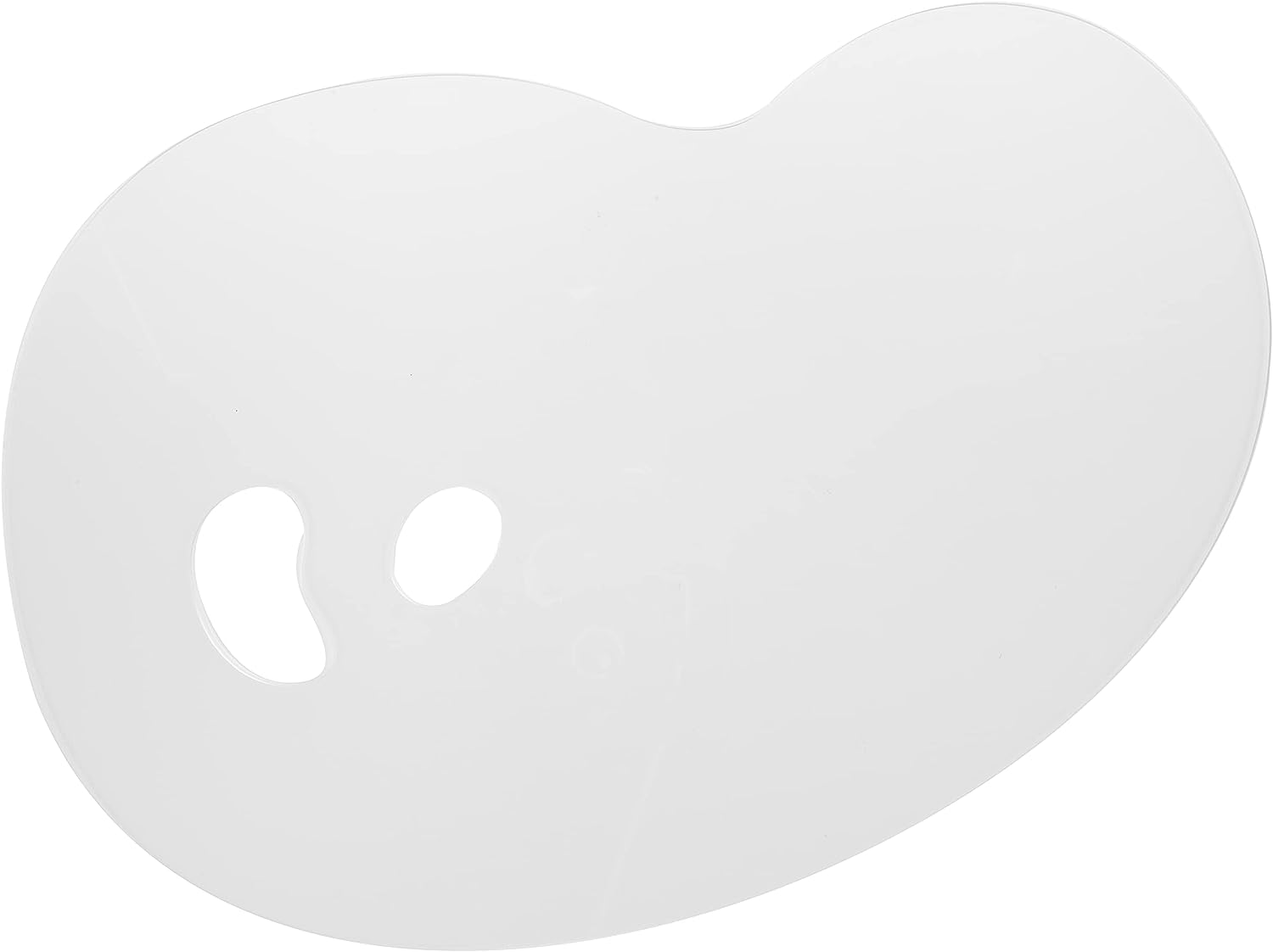 Clear Palette offers an ample surface as this palette is 24-inch by 16-1/4-inch in size. Made in Clear Acrylic for color clarity and with a contoured hand grip. For the discriminating Artist A Bob Ross style.